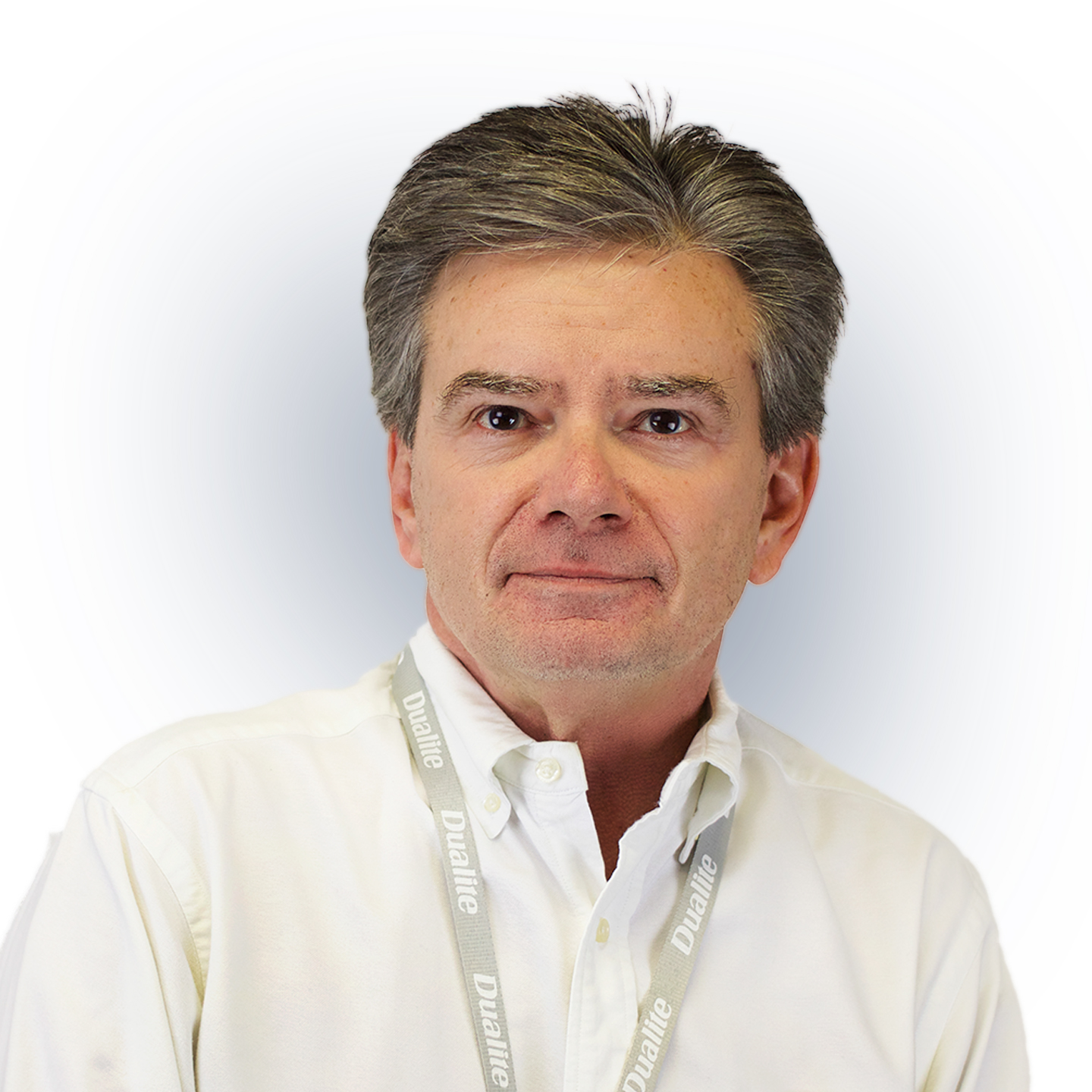 “Entering into my 40th year with the company, I've been fortunate to have been responsible for many aspects of Dualite, one of the nation’s leading identification companies.”

I grew up in a small, rural town very much like Mayberry. Family values, honesty, and hard work were a way of life growing up. My favorite job is being a father to two awesome daughters. Both are intelligent, educated and productive members of society. I couldn’t ask for anything more. Beyond that, I love motorcycles and spending time outdoors. I have coached girl’s basketball, select Fastpitch softball, and I’ve also done my share of volunteer work. 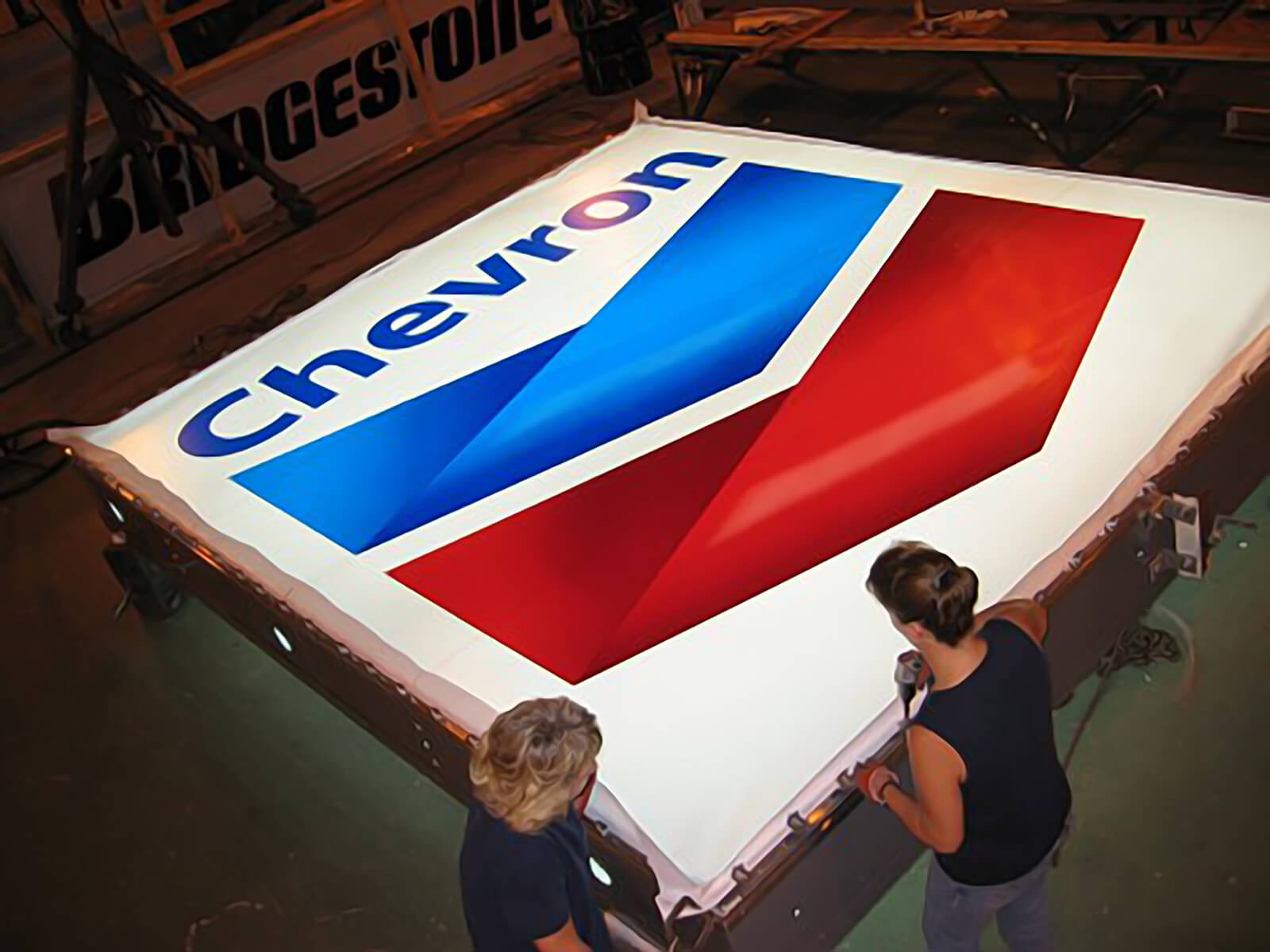 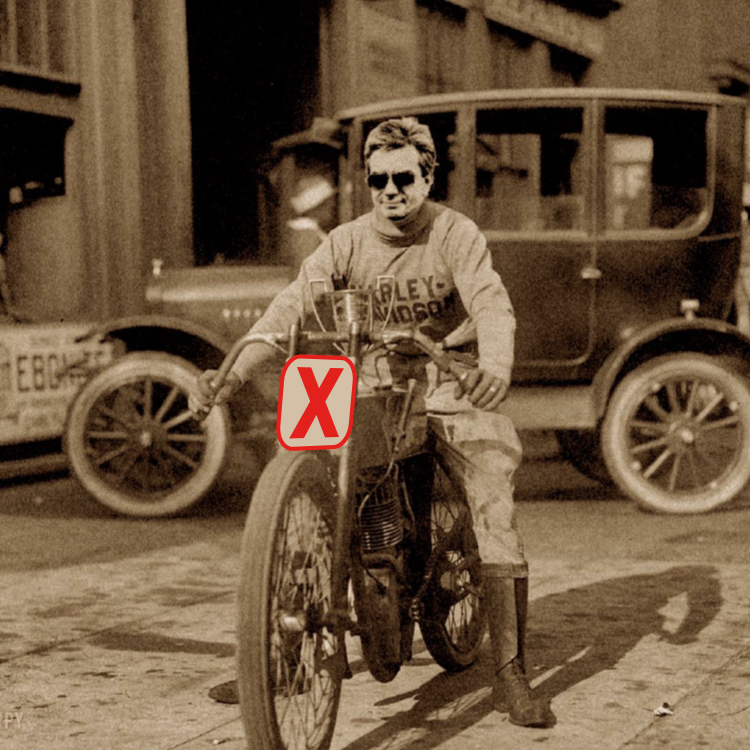 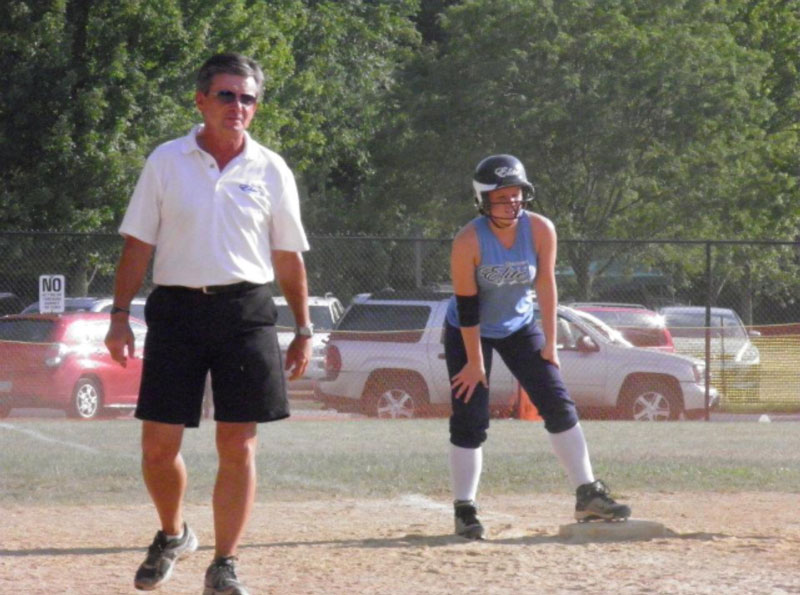 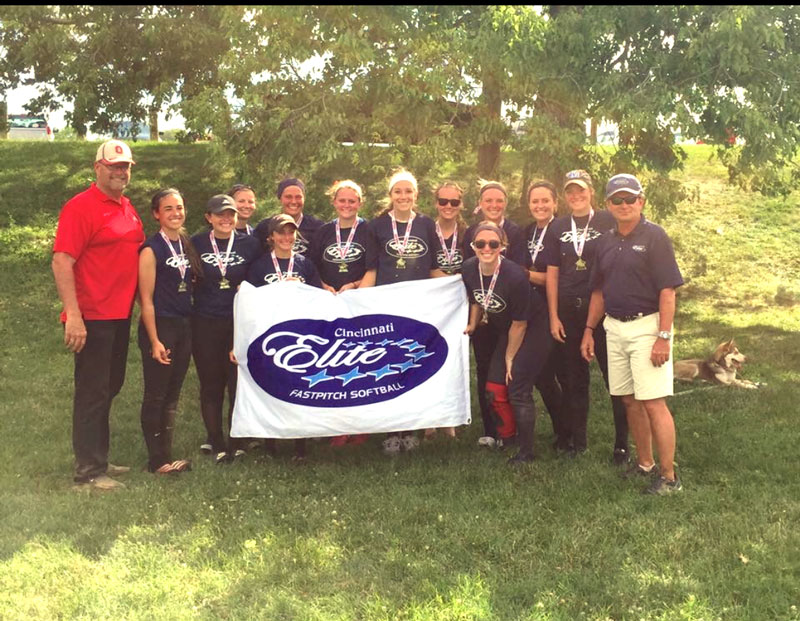 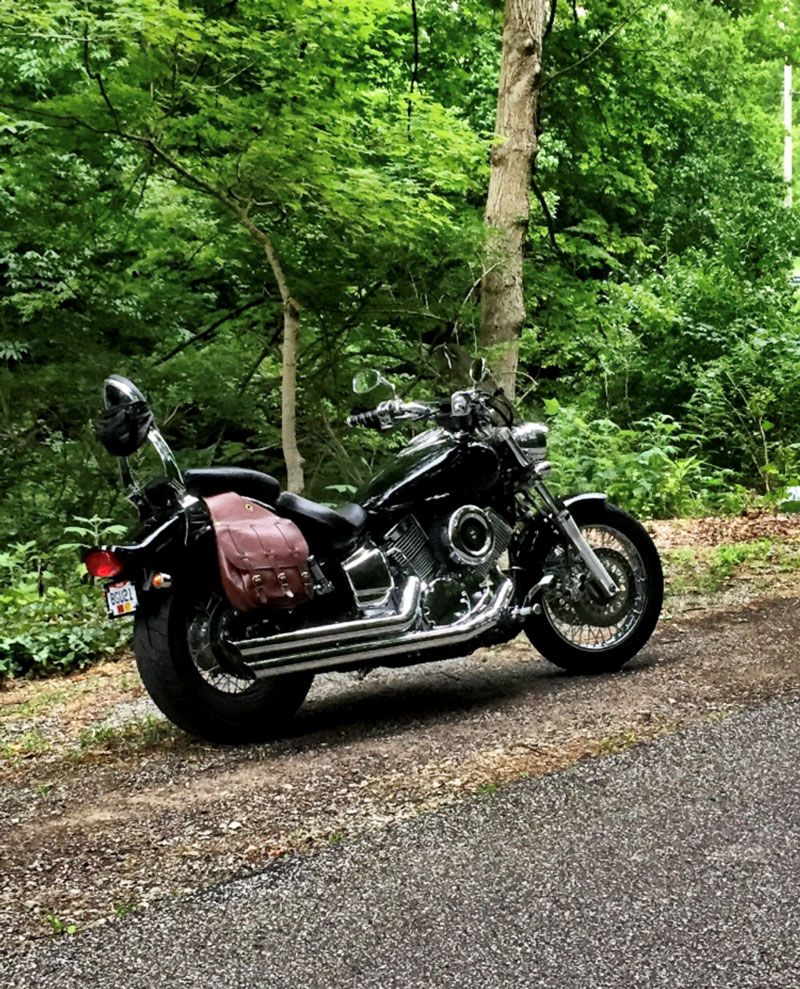 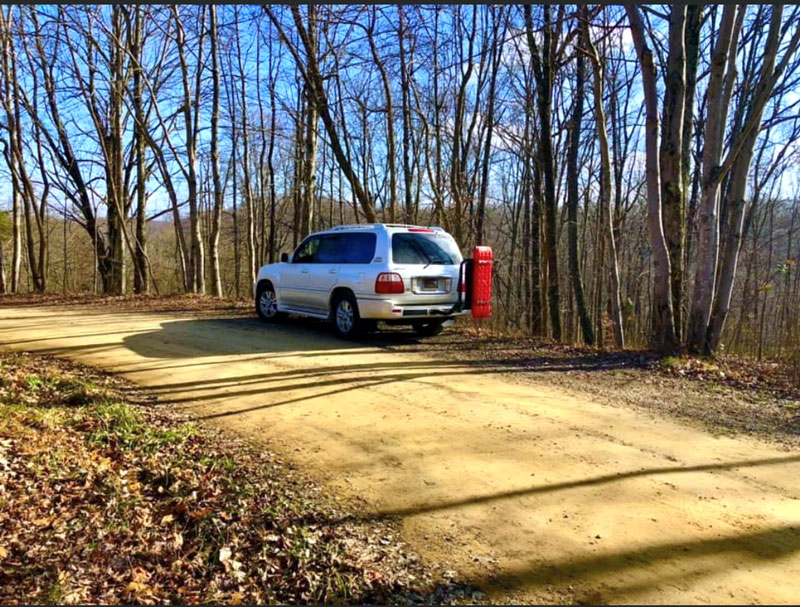 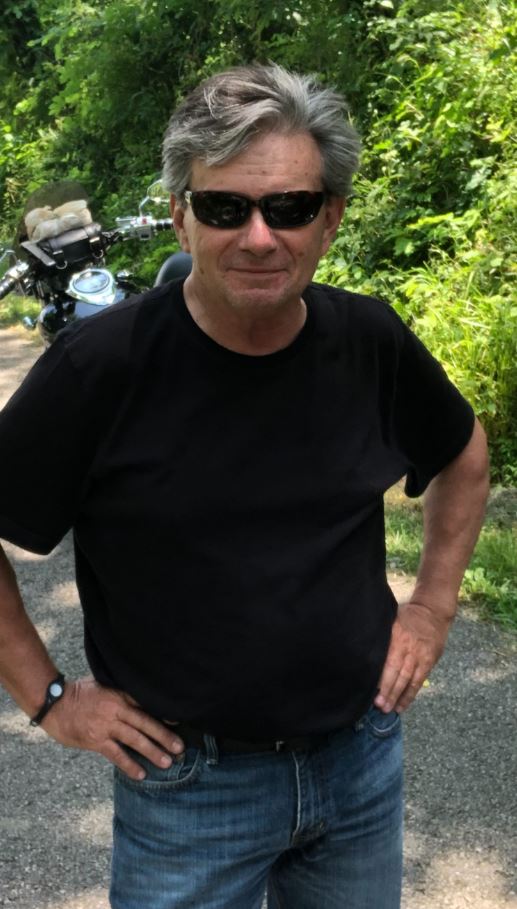 No items found.
Expertise at All Levels

With 40 years of experience in the sign industry I bring decades of expertise to each business partnership.

I've attended countless trade shows and conferences. I have also conducted seminars and had articles published in trade magazines.

Entering into my 40th year with the company, I've been fortunate to have been responsible for many aspects of Dualite, one of the nation’s leading identification companies, including employee benefits, operations, project management, and now sales. Dualite has always been a leader in the advancement of technology related to our industry. They not only provide the opportunity to understand and embrace these technologies but insist everyone has a good working knowledge of our products and what goes into producing them.

Years ago a client told me “I know things happen and nothing is perfect. But if there’s a problem, I want to hear it from you. Not my bosses”. That’s always made perfect sense to me and is the cornerstone of a good working partnership. We all want to do our jobs and at the end of the day go home to family and friends.

It’s About More Than Sales

I am an accomplished professional in the sign industry, and my goal is to ensure each client receives top quality service. I am more than a salesman, I am a trusted advisor and partner to all of my clients.

Insisting a key person be assigned their account I was told it may involve a small amount of travel. It wasn’t a matter of how many signs we could sell. Instead, I treated every project as if it were my own business and as the trust between my clients and I grew, as did my responsibilities.

My most unique experience came when we became the sole vendor to Motel 6 and LaQuinta hotels. Ten years later Delta and I had become close friends to the tune of 2 million miles domestically. From Vancouver to Bangor, San Diego to Queretaro, completing due diligence inspections, variance hearings, DRB hearings, installations, and everything in between. While we still count Motel 6 and LaQuinta as clients, I’ve become more involved with other aspects of our client base. Just a few years ago, we re-imaged over 1,000 automotive parts locations in 6 months. That included surveys, evaluations, code checks, manufacturing and installation. Everyone in the company stepped up and went above and beyond to make that deadline.

Vern is one of the best I have known in this industry.

We had an excellent experience with you and your team throughout the entire process. Communication, follow up and install all were seamless which I greatly appreciate. Thank you for all of your help!

Just a few years ago, we re-imaged over 1,000 automotive parts locations in 6 months. That was surveys, evaluations, code checks, manufacturing and installation. Everyone in the company stepped up and went above and beyond to make that deadline.

This is some text inside of a div block. 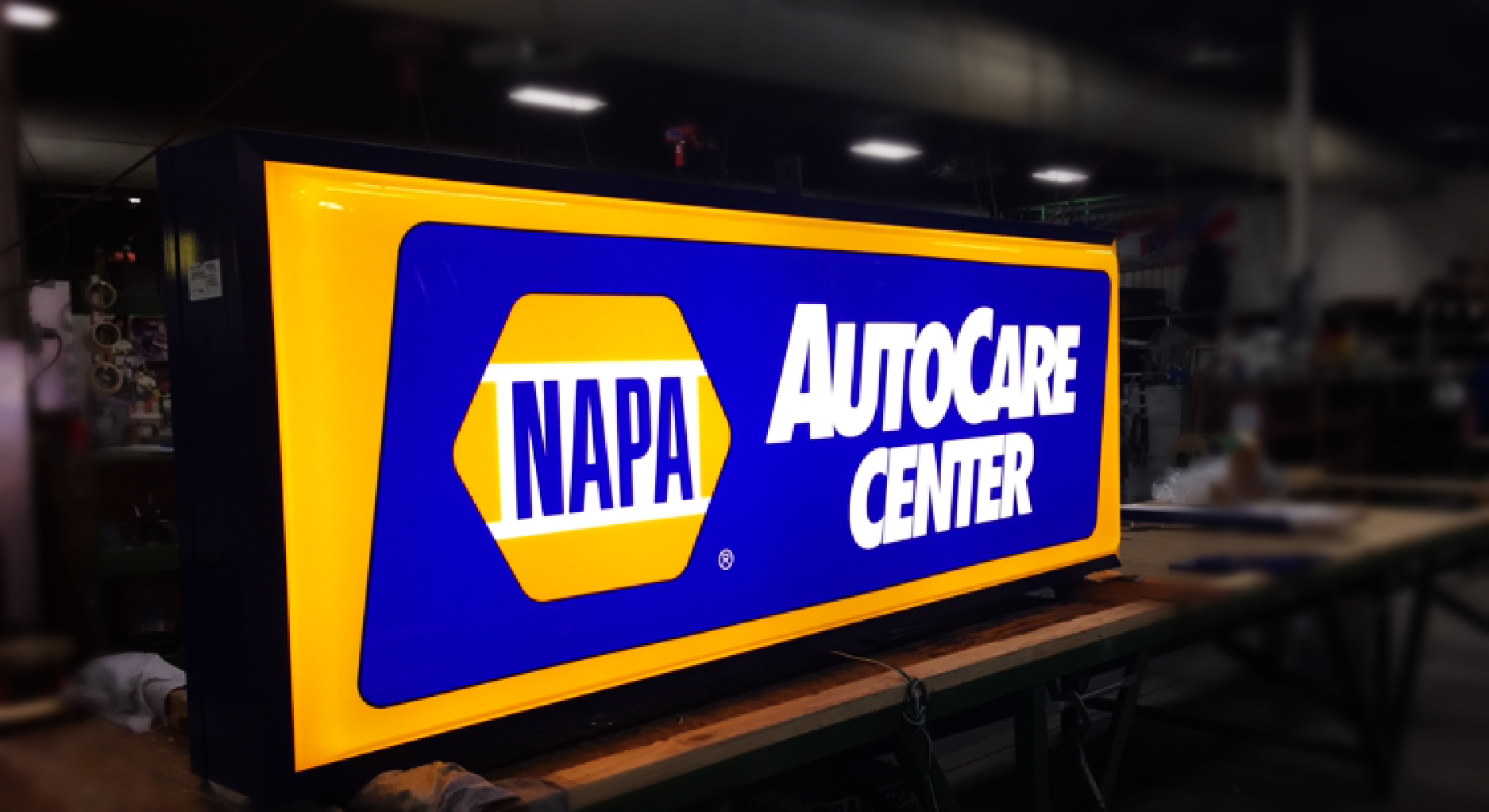 Nearly 100 color schemes and sign designs/combinations were examined to find the right mix of appearance, effectiveness and cost.

NAPA had a problem. Despite a history dating back to 1925 and being the nation's leading retailer of automotive parts…..they had an identity problem. With more than 6,000 service centers nationwide, their consumer base was well represented geographically, had good reviews and were overall leading the industry in average ticket sales. But they were lagging in certain demographics and wasn’t certain of the reason. Being “hands on” car guys the appearances of a typical garage was acceptable as long as the work completed was excellent, pricing was fair and operated honestly. Yet despite these reviews, they lagged competitors in certain demographics.

Seeking ideas and solutions, they invited several design/sign groups to present outside evaluations and possible solutions.

Frankly speaking, I had hardly heard of a NAPA AutoCare Center. I visited all 42 of the Service Centers listed within a 30 mile range. Took approach photos along with property photos.  The photos alone told the story.

Not only did the vast majority not display any type of NAPA AutoCare signage but they hadn’t updated their appearance in years. Having two teenage daughters at the time they were my focus group.

They reviewed every photo and neither said they would consider taking their car there for service.

Clearly signage was needed….that was a given. But it took more than a sign. They also needed a clean, consistent and recognizable exterior if the full value of the NAPA brand was to be maximized. Nearly 100 color schemes and sign designs/combinations were examined to find the right mix of appearance, effectiveness and cost.

The NAPA AutoCare program was born:

Which shop are you most likely to visit?

The two most common comments after a conversion are:

I prefer to consider myself as a consultant. After 40 years there aren't a lot of things I haven't seen. Things that worked....and things that didn't.

Get on a call
send email
back to the entire team

Vice President of Sales
Get in touch